The biggest college event of the year is this Monday, January 9th at 4:30 PM, so make sure you reserve your seat for the College Football National Championship at The Still! The No. 1 and defending champions Georgia Bulldogs are taking on the TCU Horned Frogs with their 2022 Cinderella Story of a season. It’s going to be an action-packed, nail-biter of a game, so you’re going to want to experience the thrill at the best place to watch sports in Las Vegas–The Still! 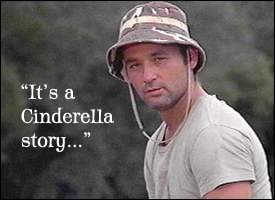 Get Your Glass Slippers, Frogs: You’re Going To The Ball!

Quite frankly, TCU is not supposed to be in this game. They were 5-7 last year, fired their head coach, and weren’t even picked to finish above 7th in their own conference let alone first or second in the entire league. Yet with some fight and luck, they went into the Big 12 championship undefeated and upset No. 2 Michigan in the Fiesta Bowl. In the words of Magatu, “Those TCU Horned Frogs are so hot right now.” They are definitely going to be the underdogs that everyone will root for, especially since Georgia is the returning champ that was expected to be here. As of Saturday, almost everyone is picking TCU to win, but whether that is wishful thinking or a solid bet remains to be seen.

What To Drink About It

With such a high-stakes game, you’ll probably need a drink or two to settle yourself down. If you’re wanting to show your support for Georgia, ask the amazing bartenders at The Still to make you Georgia’s official state drink, The Scarlett O’Hara cocktail. It’s simple enough to make as it’s Southern Comfort with cranberry and a little lime juice, but it’ll still give you that feisty debutante energy perfect for football games and surviving The Civil War. If you’re team TCU, go with the state drink of Texas: the margarita. The Still’s El Presidente is one of the best margaritas in the biz, and it goes great with all of the appetizers. If you’re still reeling from OSU’s upset, order a Bloody Mary, which is Ohio’s state drink. Just don’t say it three times in a row, or Terrelle Pryor will appear. Luckily, you can order The Still’s version called The Something About Mary which will put a much better taste in your mouth than OSU’s recent loss or Pryor.

Don’t miss your chance to see this college football last dance at The Still! Reserve your seats here and follow The Still on Instagram for all the pregame buzz.